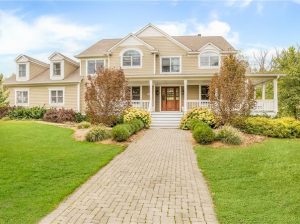 Warren is a city in Macomb County in the U.S. state of Michigan. The 2010 census places the city’s population at 134,056, making Warren the largest city in Macomb County, the third largest city in Michigan, and Metro Detroit’s largest suburb. The city is home to a wide variety of businesses, including General Motors Technical Center, the United States Army Detroit Arsenal, home of the United States Army TACOM Life Cycle Management Command and the Tank Automotive Research, Development and Engineering Center (TARDEC), the headquarters of Big Boy Restaurants International, and Asset Acceptance. The current mayor is James R. Fouts, who was elected to his first mayoral term in November 2007.

Beebe’s Corners, the original settlement in what would become the city of Warren, was founded in 1830 at the corner of Mound Road and Chicago Road; its first resident was Charles Groesbeck. Beebe’s Corners was a carriage stop between Detroit and Utica, and included a distillery, mill, tavern, and trading post. It was not until 1837 that the now-defunct Warren Township was organized around the settlement, first under the name Hickory, then renamed Aba in April 1838, and finally renamed Warren shortly thereafter. It was named for War of 1812 veteran, and frontier cleric, Rev. Abel Warren. However, when it was originally organized the township was named for Rev. Warren who was a Methodist Episcopal preacher who left his native New York in 1824 for Shelby Township. He went throughout the present-day Macomb, Lapeer, Oakland, and St. Clair Counties, baptizing, marrying, and burying pioneers of the area, as well as establishing congregations and preaching extensively. He was the first licensed preacher in the State of Michigan.

Another version of the source of the city’s name claims it was “named for General Joseph Warren (1741–1775), who fell at the Battle of Bunker Hill. The settlement was formally incorporated as the Village of Warren from Warren Township on April 28, 1893 out of one square mile bound by 14 Mile Road and 13 Mile Road to the north and south, and in half-a-mile east and west of Mound Road. The small village grew slowly, and had a population of 582 in 1940 and 727 in 1950, while the larger surrounding township grew at a much quicker pace.

The Red Run and Bear Creek, just small creeks back in the 1800s, has blossomed into an open major inter-county storm drain flowing through Warren, into the Clinton River, and on-wards to Lake St. Clair. The Village of Warren and most of the surrounding Township of Warren, together with Van Dyke, incorporated as a city in 1957, less the city of Center Line, which had incorporated as a village from Warren Township in 1925 and as a city in 1936. Between 1950 and 1960, Warren’s population soared from 42,653 to 89,426. This population explosion was fueled by the post-WWII Baby Boom and later, by white flight from its southern neighbor of Detroit in that decade. This change in population continued into the next decade when the city’s population doubled again, ultimately reaching a high of 179,000 in 1970.