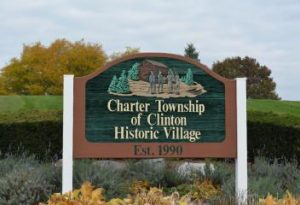 Cracks can form in foundations new and old and commonly appear on your basement walls or floor. These cracks can vary in size depending on the amount of water pressure around the exterior of the foundation. It is common to see staining, moisture or dampness on the floor or walls after heavy or saturating rainfall. In addition, you may have noticed some discolored, textured, musty build-up on your walls and floor. This mold and mildew build-up can appear in many different areas and thrive in a moist, damp environment. Mold and mildew can cause serious health conditions such as allergies, headaches, sinus problems, and asthma. Also, you may have the issue of dry rot. Dry rot affects the walls, baseboards, joists, floor or the bottom of a wooden staircase and occurs when moisture comes in contact with the wood for any length of time. This is due to excess moisture entering the foundation through your walls and floor. Dry rot fungus is also a major health concern. Finally, If you are noticing any kind of basement water seepage, your foundation has already entered into an advanced stage of disrepair. Serious structural problems such as bowing and buckling of the foundation walls and floor are more likely to occur. You may also begin to notice mold, mildew, musty orders, bugs and insects or even mud after a rainfall. Everdry Michigan is proud to be a premier basement waterproofing and foundation repair company. Our services are permanent which is why we offer a Lifetime guarantee on most of our services. Everdry Michigan is an expert basement waterproofing company that can help you with basement leaks and flooding with our waterproofing services. We are happy to say we’ve helped many families repair their foundations and take back basements so they can enjoy their homes for a long time to come. Give us a call today so we can start helping you!

It was in October 1781 that the British commandant at Detroit, Major DePeyster sent for the missionaries at Schoebrun (Ohio) to answer the charges against them of being sympathetic to the American cause. After much questioning, they were vindicated. In July 1782 DePeyster provided the Moravian Missionaries with provisions and obtained a parcel of land on the Huron River from the Chippewa Indians for use until the war between England and the colonies was over. (the Indians and French had called this river, the “Nottawasippe”. The English called it the Huron of St. Clair. Now it is called the Clinton Township River in honor of the former governor of New York, DeWitt Clinton. On July 22, 1782, David Zeisberger and his followers founded the first settlement in Clinton Township. He described the site of “New Gnadenhutten” in his diary, “founded on this side of the river a fine place to lay out a town on a height … between the river and the height, there are many springs with many separate little brooks that flow into the river and have exceedingly good water. The land on the site of the town is so sandy the lowlands are very rich with heavy timber. We chose this place before all others for our townsite … heavily laden boats can go even to the fork, a half-mile higher up … and canoes can go much further. We are glad and thankful to have found such a good and healthy a spot for a townsite nothing was lacking. We found traces that long ago an Indian town must have stood on this place.”

Clinton Charter Township is a part of Metro Detroit. As of the 2010 census, Clinton Township had a total population of 96,796, and is Michigan’s most populous township. Clinton Township is also the tenth largest municipality in Michigan. The township sports relatively wide socioeconomic diversity; for the most part, it is a mix of middle-class communities, but it includes many upscale, exclusive areas that many notable people, such as Eminem, call home. Clinton Township is home to many parks, notably George George Memorial Park. The main branch of the Clinton River, for which the township was named, runs through Clinton Township.  The U.S. Census Bureau has defined Clinton Charter Township as a census-designated place (CDP) in the 2000 Census so that the community would appear on the list of places (like cities and villages) as well on the list of county subdivisions (like other townships). The final statistics for the township and the CDP are identical. As of the census of 2010, there were 96,796 people, 42,036 households, and 25,678 families residing in the township. The ethnic makeup of the township was 82.08% White, 13.04% African American, 0.28% Native American, 1.79% Asian, 0.03% Pacific Islander, 0.61% from other races, and 2.17% from two or more ethnic groups.