The area comprising what is now the city of Birmingham was part of land ceded by Native American tribes to the United States government by the 1807 Treaty of Detroit. However, settlement was delayed, first by the War of 1812. Afterward the Surveyor-General of the United States, Edward Tiffin, made an unfavorable report regarding the placement of Military Bounty Lands for veterans of the War of 1812. Tiffin’s report claimed that, because of marsh, in this area “There would not be an acre out of a hundred, if there would be one out of a thousand that would, in any case, admit cultivation.” In 1818, Territorial Governor Lewis Cass led a group of men along the Indian Trail. The governor’s party discovered that the swamp was not as extensive as Tiffin had supposed. Not long after Cass issued a more encouraging report about the land, interest quickened as to its suitability for settlement.

The earliest land entry was made on January 28, 1819, by Colonel Benjamin Kendrick Pierce (brother of future U.S. President Franklin Pierce) for the northwest quarter of section 36. Colonel Pierce visited his land several times, but never settled on it. In March 1818, John W. Hunter and his brother Daniel left Auburn, New York, by sleigh and traveled to Michigan by way of Upper Canada. They waited in Detroit for their father and other family members, who arrived by schooner via Lake Erie in July. The family remained in Detroit until spring 1819, when Hunter made an entry for the northeast quarter of section 36, now in the southeast section of current-day Birmingham. Lacking a proper land survey, Hunter mistakenly built his log house on a tract later purchased by Elijah Willets. That house was later occupied by William Hall, a son-in-law of Elisha Hunter, while John W. Hunter built another log house a short distance to the southeast. On September 25, 1821, Elijah Willets made a land entry for the southwest quarter of section 25. Two days later, Major John Hamilton made an entry for the southeast quarter of section 25. Each of these initial land entries met at what is now the intersection of Maple Road and Pierce Street.For a time, all three men, John W. Hunter, Hamilton, and Willets, operated hotels and taverns from their houses within a short distance from each other. While Hunter did not continue for very long, Hamilton and Willets continued a rivalry for many years, competing with each other for business from travelers on Woodward Avenue between Detroit and Pontiac. The growing settlement was known variously as “Hamilton’s”, “Hunter’s”, or “Willets'”; it was later known as “Piety Hill”.

The settlement’s original plat was surveyed and recorded on August 25, 1836, in the northwest quarter of section 36, then owned by Rosewell T. Merrill, who also ran the town foundry and the thrashing machine factory. Merrill named his plat “Birmingham” after Birmingham, England; he envisioned that it would also become a great industrial center. Elijah Willets recorded a plat on his property on December 20, 1837. John W. Hunter followed suit with two plats on his property on January 31, 1840, and June 21, 1842, while Major Hamilton laid out a plat on October 7, 1846. Several other properties were subsequently platted as additions. The plats made in 1836 and 1837 were in anticipation of the completion of the Detroit and Pontiac Railroad. Now known as “Birmingham”, the village first received mail through the “Bloomfield” post office.

Birmingham established its own post office on April 5, 1838. The settlement incorporated as a village in 1864, comprising the northern half of section 36 and the southern half of section 25, with a total land area of one square mile. The first village elections were held March 1, 1864. It was soon governed by a seven-man board of trustees, who appointed a marshal and a treasurer. Birmingham re-incorporated as a city in 1933. Prior to this, the area just north of 14 Mile along Woodward was known as “Eco City”. The names of the city’s founders appear throughout Birmingham in civic institutions and commercial businesses: Pierce Elementary School, Hunter House Hamburgers (which was located on the road formerly known as Hunter Boulevard, which bypassed downtown to the east and was renamed Woodward, with the original Woodward Avenue section renamed Old Woodward), Hamilton Hotel, Willets Building, and Merrill Street. Hall & Hunter Realtors adopted their name in honor of the builder and occupier of Birmingham’s first home. 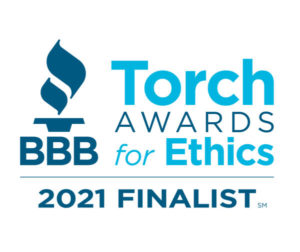